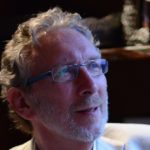 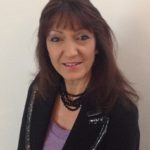 Alastair Tempest is one of the original Ad men.  Having started his career at the CBI and Independent Television, he worked for the European Advertising Agencies Association and has led a number of associations in the field including the European Advertising Tripartite, the Federation of European Direct Marketing (FEDIM) and the Federation of European Direct & Interactive Marketing (FEDMA).In 2011 following a career in Europe which included time at Reader’s Digest as European Affairs Director, Alastair moved to South Africa as President of the Institute of Interactive and Direct Marketing, and became the COO of the Direct Marketing Association of Southern Africa in 2012.

During his career, he has provided expert evidence at the European Commission, the European Parliament, The Council of Europe, OECD, US Federal Trade Commission, on privacy issues, e-commerce, postal issues, dispute resolution, trustmarks & self-regulatory codes.   This included work with governments around the world and Alastair has given evidence to the South African Parliament’s Portfolio Committee during the preparation of the Protection of Personal Information (POPI) Act.

He was elected to the Universal Postal Union’s Consultative Committee & sat on the UPU’s Direct Marketing Advisory Board.

Alastair now consults on privacy issues and marketing education in addition to his role representing IORMA in Africa and I asked him about how all this knowledge can come together to support IORMA.

PML:  We are delighted to welcome you to IORMA Alastair.  What was your motivation for joining?
AT: I was approached by John Andrews who heard that I was in South Africa from a couple of the IORMA Board members and wanted to explore the possibility of setting up an African Region. I had been working as the COO of the Direct Marketing Association of SA, and I had just left, so the timing was excellent!

PML: You are our ‘man’ in Africa so to speak and you have many years experience in different areas of retail globally, what are the changes that have most surprised you?
AT:  I spent over 30 years in Brussels as one of the advertising & marketing “lobbyists” at the European institutions. My career has been a fascinating mixture of involvement and as a privileged observer in industry. What struck me immediately here in Africa was the lack of experience in e-commerce. Coming from Europe, I had been used to buying all sorts of products online, but in South Africa, this was still a very new phenomenon when I arrived in 2011. There is no tradition of mail order to build upon and therefore some strong suspicion from both consumers & businesses. Things have moved on since 2011, I’m glad to say. But IORMA is helping here to get an e-commerce group together to promote the sector.

Otherwise, I suppose one of the most striking things one notices in all of Africa is the number of staff working in shops, restaurants, in public works, etc. Poverty is a vital driver to encourage employment. Salaries of shop assistants, for example, are low, and government is very keen to encourage employment with both a carrot & stick approach. This reduces the need/possibility for automated systems to be introduced.

PML:   As co-founder of the Conock consultancy what does your day to day work entail in South Africa?
AT:   I am a consultant, with a number of projects ongoing. Perhaps my main focus is on privacy regulation. I worked on the EU’s data protection issues for many years in Brussels, and now that SA has adopted a law on the protection of personal information there is much to do advising companies on compliance.

PML:  At IORMA’s last board meeting you presented a very illustrative insight into retail in Africa, could you encapsulate a few of the most bizarre differences of doing business in Africa?
AT:  I’m a bit suspicious of that word “bizarre”, which might have the wrong implications. There are, as I said previously, some big differences in doing business in Africa & doing business in the developed West, which require the African businessman to approach issues in a totally different way from his European or American colleague.

Take for example logistics. The network of tarred roads in Europe just do not exist in most of Africa (SA is an exception) & the rains often wash out roads entirely. One large SA retail store decided to open a store in Maputo, Mozambique. There is a main road from Johannesburg to Maputo which takes about 7 hours (depending on the frontier controls), however, Mozambique roads are not as robust as SA roads & the first lorry took out a key bridge. The retailer helped replace the bridge &, except during the rainy season, that road is now in good order.

Another issue is the retail business itself. There are a number of major players in Africa, mainly the 6 or 7 largest South African retailers, a couple of Kenyan, and a couple of French, but the vast majority of the retail trade is still handled by small ‘mum & pop’ stores both in the townships & in the rural areas. Will Africa move from local stores to e-commerce directly & skip the shopping mall? Some people believe this could be the case, but both e-commerce & shopping malls depend on logistics using workable transport infrastructure, which is not often available outside large towns or cities.

We therefore have seen big investments in e-commerce take a long time to become profitable.

PML:   How wide is your remit across Africa?
AT:  Africa is a very large continent! My remit for IORMA is from North to South, however, I have to follow the more sophisticated retailers and suppliers, most of which are in South Africa, Kenya, and Nigeria at the moment. Northern Africa poses its own issues – particularly at the moment.

PML:  You have contributed significantly to IORMA since you joined by sharing local knowledge and bringing IORMA’s mission and expertise to a wider audience in Africa. What are your goals for the next year and how do you feel IORMA can play a part in your activities locally?
AT:  My strategy has been to concentrate on the areas I can see are of particular importance, and interest, to the major players in Africa at the moment – e-commerce, & fraud in retail.

I hope that we can start some webinars going in those two fields in particular in order to share information.

PML:  What can you offer existing associates and board members of IORMA in terms of local help if they are looking to enter the African market?
AT:  We have a number of companies who are interested to help – and I believe that that will also encourage them to become IORMA associates. Obviously it is always a business decision – what does the African company get out of helping a foreign company? I am fortunate to have a good relationship with the UKTi here in SA, and they are always very helpful for UK companies. Presently they are doing a campaign to encourage e-commerce.